One of over 165 centers worldwide where the technique of Vipassana meditation is taught and practiced, Dhamma Torana is situated on over 140 acres of beautiful woods, open spaces and ravines. Dhamma Torana (Auspicious Gateway of Dhamma) is aptly named. The nearest major city, Toronto, Ontario has been recognized by the United Nations as the most diverse city in the world, with more cultures and religions represented there than anywhere else. Goenkaji saw a Vipassana Centre amid this diversity as a passageway for Dhamma to spread to the world, and so the centre’s name was born. 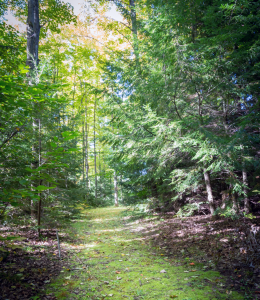 The surrounding countryside is mostly agricultural, but a number of small towns (Alliston & Cookstown) and the city of Barrie are nearby.

Dhamma Torana is located one hour north of the Greater Toronto Area. It is close to a major highway and is about one hour drive from Pearson International Airport. It is also close to the local bus line, from which pick-ups can be arranged.  See ‘Getting Here‘ for directions.

The first 10-day Vipassana course in Ontario was held in 1980 at a rented site north of Barrie. Periodically throughout the 80’s and 90’s various sites in southern Ontario were used to hold courses.

In 2001 the Ontario Vipassana Foundation was created in order to meet the need for, and support the delivery of several courses a year. The Foundation is a registered, non-profit, charitable organization whose sole purpose is to provide Vipassana courses to the public.

Since its inception, the Foundation had been actively searching for a suitable site on which to establish a permanent Vipassana centre to serve Ontario. During the latter part of 2002 a beautiful property was found near Alliston and the Foundation’s purchase offer accepted by the vendors.

On April 30, 2003 the Ontario Vipassana Foundation formally took possession of the property (a former Boy Scout camp) for the centre. Courses began in the autumn of 2003.

Much work was done to renovate existing facilities on the site, initially allowing courses of about 30 people. After construction of residences for men and women, the centre now accommodates about 90 students in single and double rooms. 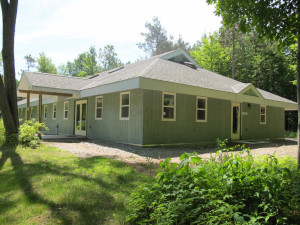 Dhamma Torana’s master plan calls for further construction that will eventually allow for courses of 130 students.